Smacking kids is never acceptable.Artikel i The Local

I am so disappointed learning from the Swedish media about the referendum in New Zealand whether corporal punishment should be reintroduced.

Hitting people is wrong- and children are people too. Corporal punishment of children breaches their fundamental rights to respect for their human dignity and physical integrity.
Its legality breaches their right to equal protection under the law. The rights of all children – the smallest and most fragile of people -must be fully respected.

The UN Convention on the Rights of the Child requires States, in its article 19, to protect children from ‘all forms of physical and mental violence’ while in the care of parents and others. The fact that corporal punishment of children is legal in many countries, unlike other forms of inter-personal violence, challenges the universal right to equal protection under the law.

Hitting children is also a dangerous practice, which can cause physical and psychological injury and even death. Corporal punishment is identified by research as a significant factor in the development of violent attitudes and actions, both in childhood and later life. It inhibits or prevents positive child development and positive forms of discipline. Promoting positive, non-violent forms of discipline empowers parents and reduces family stress.

In previous centuries, special defences existed in legislation in many states to justify corporal punishment of wives, servants, slaves and apprentices. Violence to women remains far too prevalent, but in most states it is no longer defended in legislation. It is paradoxical and an affront to humanity that the smallest and most vulnerable of people should have less protection from assault than adults.

In Sweden, there has been a ban on subjecting children to spanking since 1979. It goes without saying that this ban has not ended all forms of violence to children in our country. But it is obvious that attitudes towards violence and the use of physical punishment have changed for the better and today there is strong public opinion in favour of the Swedish anti-spanking law.
Available data show that no more than 11 per cent of the adult population in Sweden are positively inclined to even minor forms of physical punishment. Studies by Statistics Sweden show that spanking has become less common in our society. Attitudes have changed substantially since 1965 when a similar study was done. The in the Swedish Parental Code prohibiting spanking of children has played an important role in this positive development.
During the last two decades, reporting of child abuse and neglect has increased. There is no clear evidence which indicates a corresponding increase in actual cases of child abuse in Sweden. Everything points to other explanations such as better awareness and knowledge of children in vulnerable situations. As mentioned above, attitudes in society have also changed: people today are less willing to accept violence against children. Another reason is that the reporting obligations under the Social Welfare Act have been strengthened and many more groups of professionals are now obliged to report children at risk - so fewer cases of child abuse and neglect fail to come to the attention of the social welfare authorities.
In other countries, where corporal punishment is not prohibited for example the USA and Canada, the number of reports of child abuse and neglect has also increased. In Belgium, the numbers have increased by almost 70 per cent between 1986 and 1992.
The State's obligation under the Convention on the Rights of the Child demands that all measures must be undertaken for the implementation of the rights recognized in the Convention. Legislation is only one of the measures, but it is an important statement from society that we are no longer accepting physical chastisement of children.
When the Bill on the anti-spanking law was put forward a member of the Swedish Parliament said: "If we as parents cannot convince our children with words, then we shall never convince them with violence."
Upplagd av Helena Bargholtz kl. 14:37 Inga kommentarer: 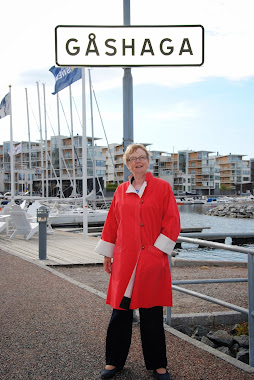